You’re probably here right now because you believe that there could be a slight chance that lower graded diamonds can actually be better than higher graded ones!

As you know, the price goes down together with the clarity grade. And for most people, it goes without saying that the overall sparkle also moves down a notch – which is a myth! Still, something inside you is hoping that the SI2 diamond could be better, simply for the honest reason that you can save more money without compromising beauty!

But before we get down to business, let’s see what the SI1 and SI2 diamonds are all about. Get to know them a little more, so you can firmly decide which one’s indeed better for you – or rather, for the love of your life.

What Does SI1 and SI2 Mean?

These titles aren’t just made up codes! According to GIA, one of the two most trusted sources of gem knowledge in the world, aside from AGS, the term SI1 stands for “slightly included 1” which means that there are inclusions and they are visible under 10x magnification, but they may or may not be noticeable with your bare eyes.

While a SI2 clarity diamond means “slightly included 2” which is a grade lower. It has inclusions that are easily seen under a 10x loupe and some of its flaws are possibly seen with the naked eye.

Now, here’s an example of SI1 and SI2 diamonds from James Allen, one of the best online diamond shops today.

Look closely and see how the amount of inclusions differ among the two gems:

As you can see, SI2 has more evident inclusions. Such flaws are naturally bigger than what SI1 have. In fact, it’s not only the difference in amount or visibility that’s obvious, but the intensity in color as well.

Take a closer look at the SI2 diamond on the right and you’ll see more black inclusions!

Without a doubt, the inclusions in SI2 diamonds are more visible under magnification. Although, it’s safe to say that the two diamonds’ flaws can also be seen by the naked eye. Because of this, both diamonds can be branded as “not eye clean”.

But What About Eye Clean SI1 and SI2 Diamonds? Do They Even Exist? 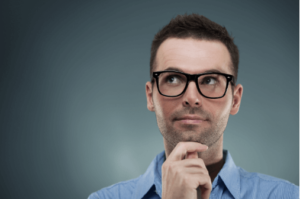 Definitely! And that is the elixir to an exquisite, but affordable diamond. To make sure that it's eye clean or without inclusions when viewed without the magnification loupe is the secret.

It's true that SI1 and SI2 grades are more likely to have flaws, but if the inclusions are located at the pavilion and they appear hazy or white in color, you got yourself an eye clean diamond!

Although, GIA and AGS have graded most SI1 diamonds as eye clean, it is still best to make sure!

To give you a clearer view of what I’m talking about, check out these SI1 diamonds below:

This is what eye clean and not eye clean looks like in 20x magnification. Go ahead and click the image to go over James Allen’s website. There, you'll see where the inclusions are actually located, making it eye clean or not.

That said, the golden rule for SI1 diamond inclusions is to avoid the ones with larger, dark inclusions under the table facet!

Believe it or not, they do exist! This must be what you’re waiting to hear from the beginning. But you’ve also learned quite a lot didn’t you? With what you know now, you can easily spot the better diamond. So, let’s get back to work!

Notice the difference between these SI2 diamonds:

The diamond on the right side shows noticeable dark inclusions from different angles, thus, it is not eye clean. Even though the one on the left may show traces of white hazy inclusions, they aren’t clear enough to be seen without magnification.

Another thing is, gemologists don’t usually use the color of an inclusion as a factor, but mainly its size. That begs the question, “How do I really know if it’s eye clean?” 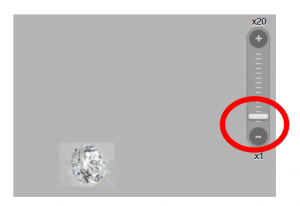 By doing so, you can replicate viewing the diamond in its original size. But since you’re watching from a computer screen, we set it to 2x magnification even if it’s a little bigger than the actual scope. Because turning down to 1x or no magnification at all will make it difficult for you to really notice anything.

Another pro tip: Any diamond you see on 2x magnification at James Allen that has no visible inclusions will very likely be eye clean in person!

Now that you now know what to look for, you will also need a tool that’s designed to dive into the different parts of the diamond that are unseen by your bare eyes.

You may explore the insides of a diamond in a brick and mortar store in 10x loupe and in person, but there’s nothing like the 20x magnification of James Allen’s diamond videos.

Personally, I think that being able to take a 360-degree look at a diamond will reveal its deepest flaws. And that is a great way to choose before buying. Plus, it’s also way cheaper to buy a diamond online!

Which One Has Prevailed – SI1 or SI2?

After getting to know eye clean and not eye clean SI1 and SI2 clarity diamonds, can we finally decide on a champion?

The main criteria in choosing between SI1 and SI2 all boils down to price and quality. Let’s say, both gems have the same price and cut; in general, SI1 diamonds are clearer, but SI2 are cheaper. But still, some SI1 stones may have inclusions visible without loupe, and there are SI2 diamonds that are eye clean.

So, this brings us to lean more towards diamonds that are eye clean because even if a particular diamond is graded lower, if it is eye clean, then it could still look better when seen up close! Also remember that no two diamonds are alike. So, it’s best to choose diamonds that look good to you and treat clarity grades as a mere guide.

With all that being said, I guess we can finally conclude that picking a SI2 diamond that’s eye clean will save you money while still enjoying the perks of a quality gem.

If you’re patient enough, try to find a SI2 stone that might have flaws, but only seen on the side, because once it’s mounted on the setting, the inclusions will be hidden from normal viewing.

Now, ain't that a treat?

And if such flaws look modest for its color and location, then you don’t have to look further – you hit the jackpot!

If you have questions, please don’t hesitate to email me or drop a comment below.

About Sebastian Your Diamond Teacher

SI2 Clarity – Are There Eye Clean Diamonds in This Grade?

SI1 vs VS2 Diamonds? Which ones are better?

SI1 Diamonds – Can Be Flawless to the Naked Eye!

How to Pick and Choose an Eye Clean SI1 Graded Diamond?