Warning: A non-numeric value encountered in /home/customer/www/yourdiamondteacher.com/public_html/wp-content/plugins/wp-rich-snippets/lib/includes/wprs-functions.php on line 565

How cool is it to be able to research a product before landing your to-buy list? The first few pages of the search engine are usually bombarded by positive reviews unless a stark negative feedback catches your eye. It could be a click bait, an effective SEO strategy, or the product really is crap!

When you google James Allen, you’ll see a plethora of beyond-average feedback. The cons you’ll encounter can be found inside in-depth reviews by industry experts.

Now, this post is created for customers by customers because I know nothing seems more legit than a personal critique from a mere shopper. It’s more relatable, a hundred percent authentic, and it will make your purchasing decision more bonafide.

Although there’s definitely more good than bad, it’s important to note how and where James Allen tend to have lapses despite being an e-commerce powerhouse!

I regularly recommend JA to my readers since they’re a trust-worthy diamond vendor and the customer service is excellent. I especially love the fact that you can see magnified HD 360° videos of all their diamonds as it makes it easy to check the appearance and quality of the diamond you are about to buy.

But the reality is, I have also received a few complaints. I am committed to giving you the best possible knowledge for you to make the right decision, hence this post!

Please bear in mind that these are the only complaints I have personally received from the visitors of my website. All in all, people tend to be very satisfied with James Allen. But as always, you have the final say, so choose wisely.

Stan from Jacksonville, Florida: “I ordered a 1.05-carat diamond set in a three stone setting both on 26.01.2015. The customer service told me that it would take one week for the complete diamond ring to arrive. However, the diamond ring only arrived on 06.02.2015.

When I called the customer service on 02.01.2015 it told me that the engagement ring is just about to be sent out. My ring arrived 4 days later than promised by James Allen!

That wasn't a problem for me because I proposed one month later but still I like to have a reliable company where I can count on the word when the ring is going to arrive.

I received an apology by James Allen for the delay and my fiancé and me were satisfied with the quality of the ring and the diamond but it's not worth it to buy a complete self designed engagement ring at James Allen if badly need it within one week!”

Complaint #2: The Diamond I Wanted Was Snatched Away from Under My Nose

Peter from Fresno, California: “I did my research on James Allen and learned that you can reserve diamonds through the customer service. After doing a lot of browsing on the website, I found a round cut diamond that I wanted to reserve.

The customer service told me that this was not possible due to a policy change. I was a bit disappointed but thought that I could still order the diamond after I have settled my money issues.

Four days later, the diamond was already sold to someone else! I had to do another extensive research to find a new diamond that was to my liking. That got furious. I think that the new policy is screwed and not customer friendly.

After all, when you make the commitment of contacting the customer service for reserving the diamond, you are highly likely to buy, too!”

NOTE by Your Diamond Teacher: According to James Allen’s new policy guidelines, it’s not possible to reserve diamonds anymore. The only exceptions are fancy shaped diamonds when an ASET analysis is requested for up to three diamonds.

Complaint #3: I Had to Pay for Return Fees

Jerome from Paris, France: “I did not quite like the fancy shaped diamond I bought. Or better said, my girlfriend’s best friend convinced me that another diamond shape would be better. So, I had to return the entire ring and wanted to have my money back.

I only got the return code after three days and had to pay for the entire secured shipping via Fedex International Priority which cost me around $110 for a diamond that was worth around $4500.

James Allen is advertising that returns are for free but I didn’t realize that this was only within the US. I think that James Allen could have advertised this policy more clearly.”

NOTE by Your Diamond Teacher: Customers outside the US have to be aware that they will have to pay for the secured return shipping via FedEx International Priority. The price of the return shipping will vary according to the value of the order. 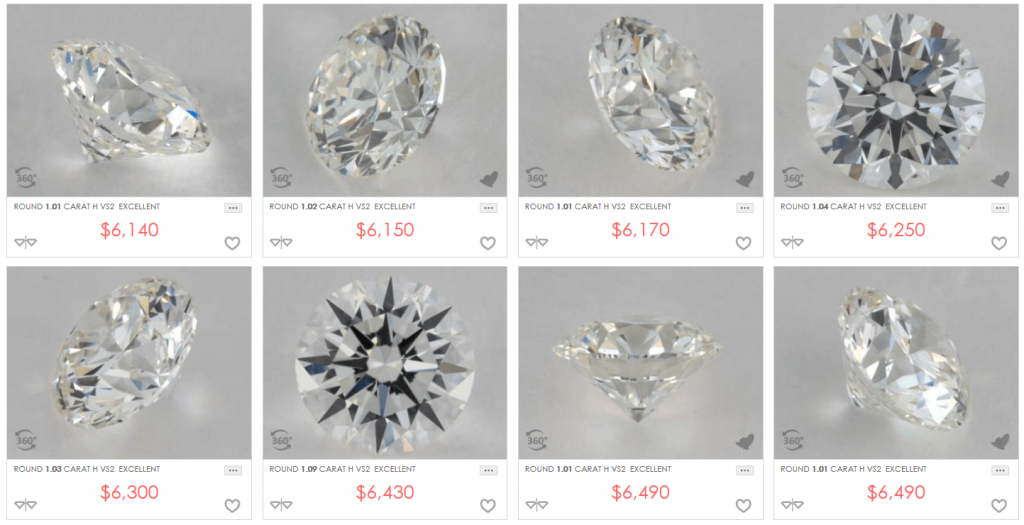 So far, most of the complaints I’ve received are issues within their policy guidelines. And I can understand that, for some people, it’s a nuisance to go through James Allen’s entire Ts and Cs.

The only complaint outside James Allen’s policies is that the delivery took longer than promised. Although I think that this is a rare scenario, it goes to show that it could happen. Therefore, it might be risky to go with James Allen if you're planning to propose in a few days!

For me, James Allen’s top-notch features still outweigh the complaints above. But go and check out their website with their revolutionary 360° high definition video technology and decide for yourself. 🙂

Just bought a diamond from James Allen and are not satisfied? Please drop me a mail, and I will add your complaint here!

Diamond Query: Idealscope and Sarine Reports of Zoara and James Allen Diamonds vs. Difference in Person

Warning: A non-numeric value encountered in /home/customer/www/yourdiamondteacher.com/public_html/wp-content/plugins/wp-rich-snippets/lib/includes/wprs-functions.php on line 565